it follows me wherever i go

reading on the toilet

or watching a movie

at the local cinema plex

to say my name

it wants to be friends

i hold it in my hand

rub it between thumb

a stream of dread pumps

into the palm of my hand

i envision how it

will pierce my flesh and

ricochet off my bones

only to exit a shredded mess

as i bleed out for a

30 second spot on the

i throw it out the window

as i drive past dairy farms

and fields of summer corn

knowing that when it finds me

there will be hell to pay

there are four or five people seated inside

eating or waiting for their order

one man is working the grill

the deep fryer and taking orders

at the register all at once

he’s got the routine down

dropping a basket of fries into lava

his cool concentration reminding me

of Kobe demanding the ball whenever

the team was down by 3 with a few seconds

left on the clock

people keep coming thru the door

at a steady pace and now i realize

he is an artist

lost in the spell

the burger is juicy

grease drips down my wrist

it must be held a certain way

or it falls apart with each bite

my fries are crispy and salty

still hot to the touch

unlike the sad alternative

this is the real economy

we show up everyday

give it our best shot

to be with that many

fellow humans in one place

sitting in the warm September sun

at the L.A. Coliseum

cheering for our team

giving high fives all around

to perfect strangers sharing a

moment of joy when our

the postgame din and chatter

would be upbeat if we won

walking to our cars with

or the mood subdued

all of us simmering in

the sour juices of a loss

blamed on refs who were

this is how i relate

going into the stadium

with a raucous and lively crowd

none of us walking out alive

except now someone on t.v.

would pat himself on the back

tell us how it could

Bio: Richard Vargas earned his B.A. at Cal State University, Long Beach, where he studied under Gerald Locklin, Dora Polk, and Richard Lee. He edited/published five issues of The Tequila Review, 1978-1980, and twelve issues of The MasTequila Review from 2010-2015. Vargas received his MFA in Creative Writing from the University of New Mexico, 2010. He was recipient of the 2011 Taos Summer Writers’ Conference Hispanic Writer Award. He was on the faculties of the 2012 10th National Latino Writers Conference and the 2015 Taos Summer Writers’ Conference. Published collections: McLife, 2005; American Jesus, 2007; Guernica, revisited, 2014; How A Civilization Begins, MouthFeel Press, Summer 2022, and a fifth book to be published in 2023. He currently resides in Wisconsin, near the lake where Otis Redding’s plane crashed.

Hang Gliding I was sitting in the lobby of the doctor’s office, waiting to be called for my mammogram, when I overheard the receptionist beh... 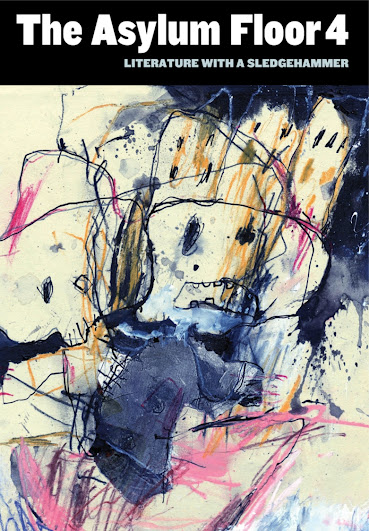